Jaimie Chicoine is a former Coast Guard officer who commanded ships. Sophia Greer is an epidemiologist who trained health care workers during the Ebola epidemic. What the two women have in common is their long-term goal—to become physicians, with the help of Fordham’s Post-Baccalaureate Pre-Med/Pre-Health Program.

The program, which was established more than a decade ago in the School of Professional and Continuing Studies, is designed to help students complete their course requirements for medical school, veterinary school, and other graduate schools in the health professions. Many of them are non-traditional students who have dealt with personal challenges and worked in many fields.

“These are students who have lived a career—even multiple careers—and still know in their heart that they want to pursue a career in health,” said Laura Bigaouette, Ed.D., program director and pre-health advisor.

Fordham’s post-bacc program stands out for its evening courses that allow students to maintain their daytime jobs, high level of support, and curriculum, which is tailored to each student’s individual needs, said Bigaouette. And the students themselves are unique.

“We have a former Rockette, a poet, a Special Forces Marine, a trapeze instructor, a fencer, a member of the Sioux Native American tribe, and students who came from very humble roots, but prioritized Fordham in their life plans,” said Anthony R. Davidson, Ph.D., dean of PCS, adding that the number of students in the program tripled from 2011 to 2020. “Collectively, it’s incredible how these students truly embody the Fordham spirit of men and women for others.”

Sophia Greer has juggled many jobs over the past two decades. She was a longtime epidemiologist who worked at the Centers for Disease Control and Prevention in Atlanta. She also served as an infection prevention and control officer in West Africa during the Ebola crisis, where she helped to train health care workers on managing the disease.

“Parallel to what we’re dealing with now in the COVID-19 pandemic, the health care workforce was drastically affected. There wasn’t enough staff,” Greer said. “We were in a rural area where some places didn’t have electricity, yet they were delivering babies and managed with very little. They figured out how to make it all work.”

Greer said her experience as an epidemiologist has not only expanded her perspective on public health, but also convinced her to follow her longtime dream to become a doctor.

“I’ve done a lot of work on health disparities in the U.S., especially in relation to race. Mortality rates due to heart disease or stroke are consistently higher among Black people compared to white. I realized that the cause wasn’t biological—it was structural and institutionalized racism. Seeing this rehashed in the data really drove me toward medicine,” Greer said. “I want to reduce those disparities from the health care side. And as a Black woman myself, I want to be a face for people of color to relate to and an advocate for my patients.” 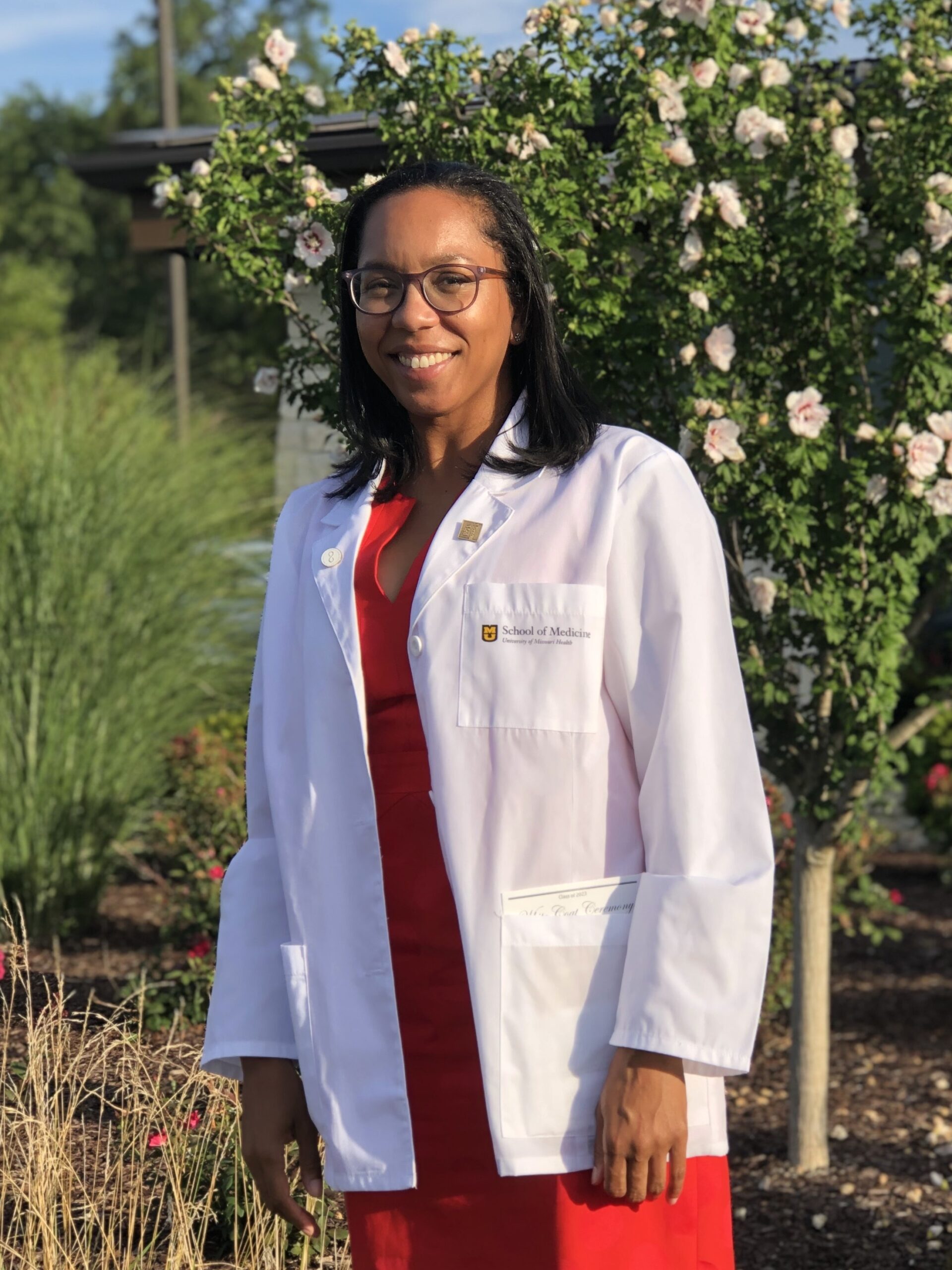 From 2016 to 2018, Greer attended Fordham’s post-bacc program, where she balanced evening classes with her daytime job as a research scientist for the New York City Department of Health and Mental Hygiene. She said she appreciated her small class sizes of no more than 20 students, along with the “phenomenal” mentorship.

“One day, I was stressing out about taking the MCAT and felt like I wasn’t fully prepared. Laura [Bigaouette] gave me a few encouraging words and was like, ‘You can do this. You’re going to do great,’” Greer recalled. “Having that support really made a difference.”

Greer is now a third-year medical student at the University of Missouri School of Medicine who plans on becoming a family medicine physician.

“At the end of my journey, I want to know that I was able to change the trajectory of my patients’ health care experience,” Greer said. “If I can help them reduce risks that negatively affect their lives, then I will have accomplished what I have set out to do.”

From the Coast Guard to NYU Medical School

Jaimie Chicoine seemed destined for a career in medicine.

Her father is a physician-scientist, her mother is a health care attorney, and nearly all of her aunts and uncles are doctors or nurses, Chicoine said.

“My family is part of the reason why I want to become a doctor, but also why I didn’t apply to medical school when I was in college,“ Chicoine said. “I wasn’t sure if I wanted to do this because it was in my family or if it was something I wanted for myself.” 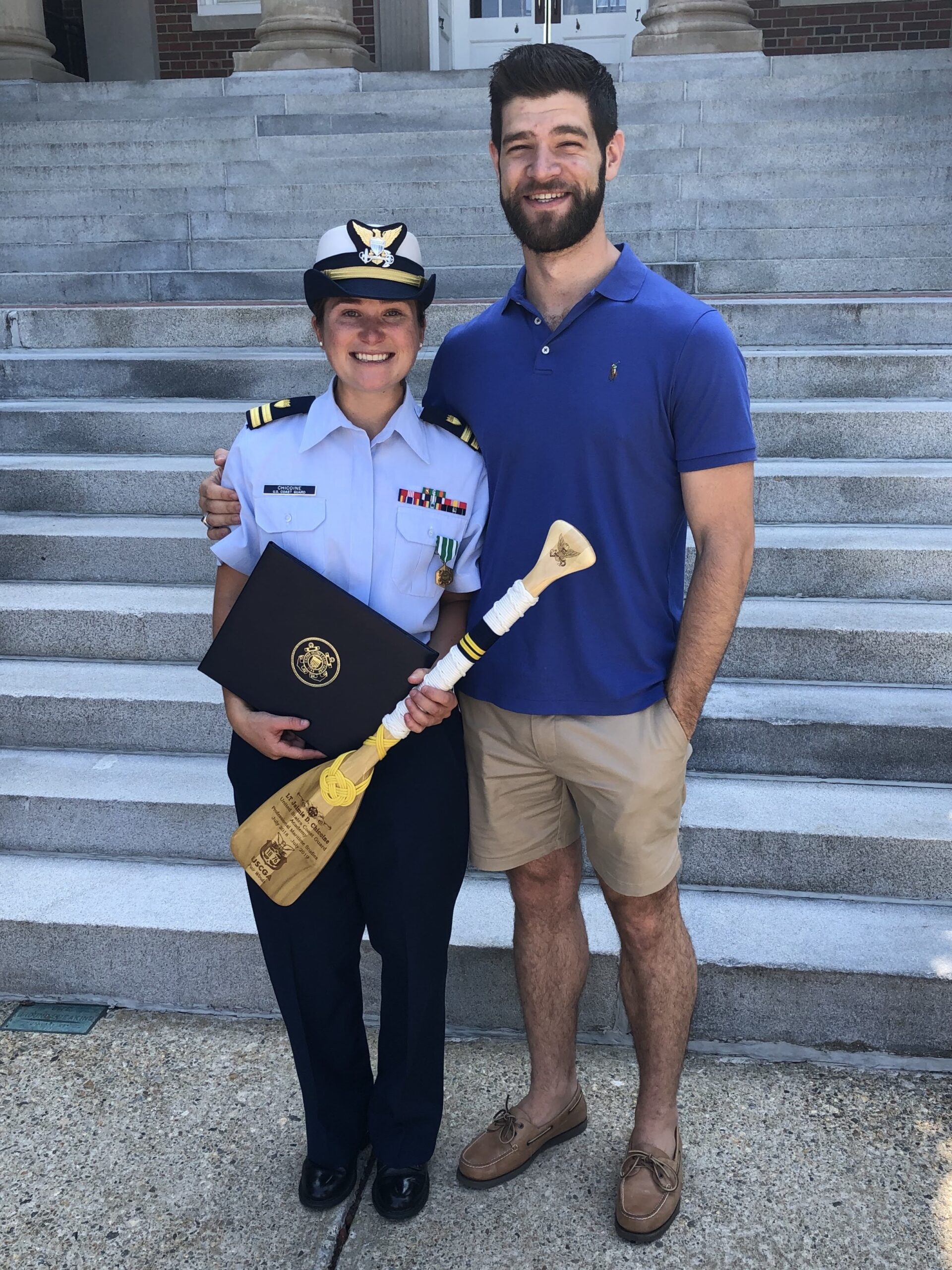 Chicoine and her fiancé

At age 17, she joined the U.S. Coast Guard Academy. Upon graduation, she served in the Coast Guard in several roles. Among them was deck watch officer—“one of the highest shipboard qualifications one can achieve in the service” below commanding officer, Chicoine said.

“You’re up there in the captain’s stead, running the ship. I drove a 1,600-ton boat with a roughly 100-person crew, depending on whether or not we had a helicopter on board. And I was about 21 years old and in charge of the boat, while counterdrug boardings, search rescues, and federal fisheries enforcement missions were happening,” Chicoine said. “I learned that leadership is not about you being in charge—it’s about caring for everyone else.”

Among her many adventures on the high seas, one stands out, she said.

“I remember seeing migrants for the first time. It was the morning after we left the U.S. to go to Central America, and we found seven people sitting in a raft, trying to reach the U.S. by floating across the Florida Strait,” Chicoine recalled, adding that they brought the migrants aboard their ship. “I’ve never wanted to change the circumstances of my life so badly that I floated across the ocean in a makeshift raft.”

That moment was also a personal turning point. Chicoine said she contemplated the human experience and how she wanted to spend the rest of her life. Eventually, she realized the answer lay inside her all along. 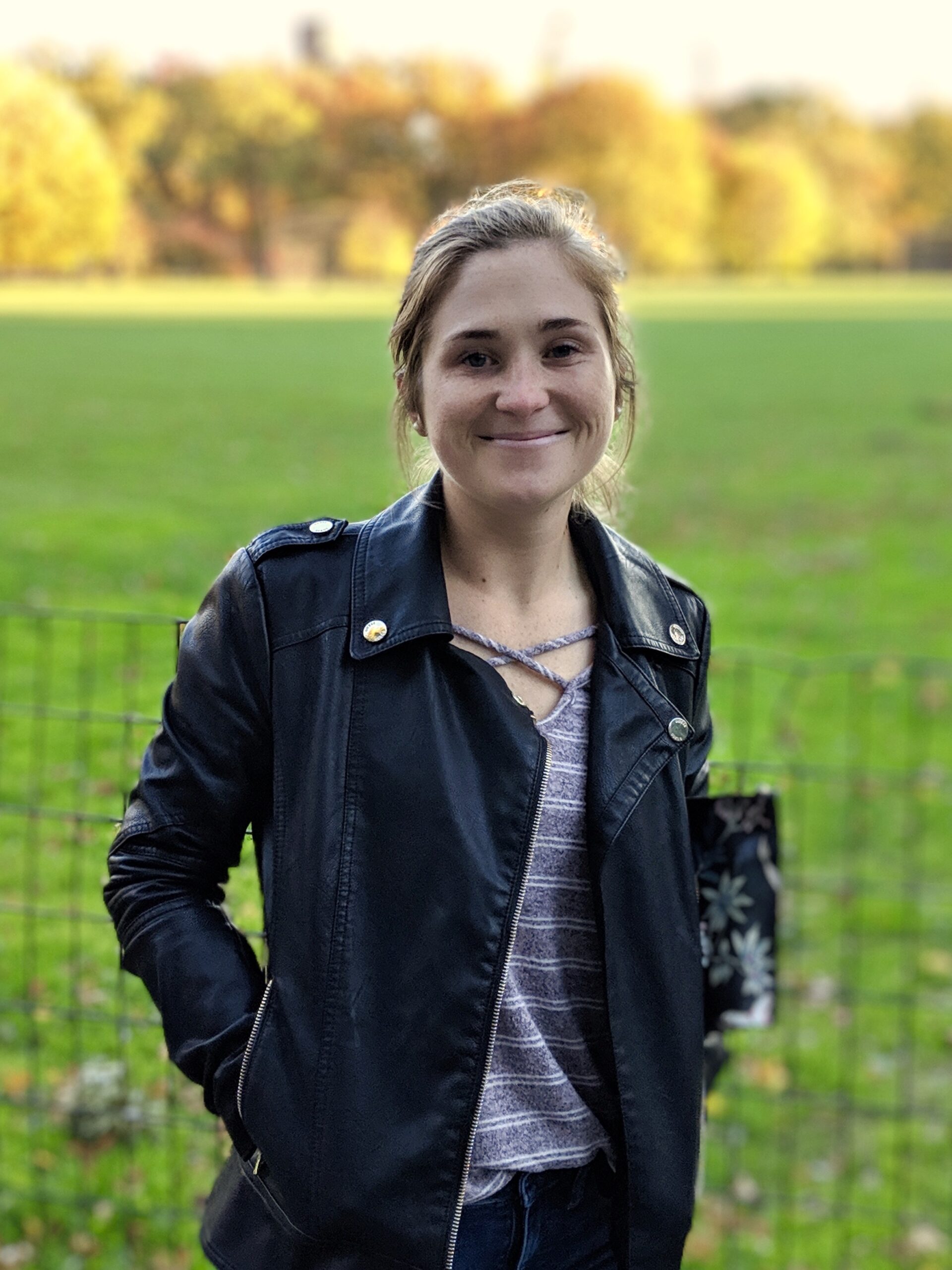 “Our lives intersect in the weirdest ways. But those intersections are really special,” said Chicoine, who has also worked as an emergency medical technician and a hospice volunteer. “I want to bring a positive influence to every intersection [as a doctor].”

Chicoine joined Fordham’s post-bacc program in 2019. She said she chose the program for its flexibility and affordability, in comparison to similar programs in New York City. At Fordham, she also found something special.

“Many of my classmates had started post-baccs at more rigid programs and then came to Fordham and said they had a better experience here. I felt lucky that I came to Fordham on the first try,” Chicoine said. “When I got here, I realized—based on the caliber of students that I took classes with, the quality of the professors, and the mentorship with Dr. Bigaouette—that I was really lucky. I had stumbled upon something special.”

Chicoine was accepted to New York University Grossman School of Medicine, which offers full-tuition scholarships to its students, and plans to start school this summer. She hasn’t decided what kind of doctor she wants to be. But she says she’s drawn to pediatrics and neonatology—the same branch of medicine that her father works in.

“We joke that it’s taken me 10 years to finally decide that I genuinely like what my dad does,” Chicoine said, chuckling. “But I had to figure this out for myself.”